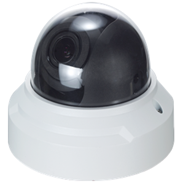 This is a pcDuino9s based facial recognition dome camera with auto zoom lens from 2.8mm to 12mm. It can work day and night to capture the faces around your house and business. The faces will be clustered automatically and you can see that particular face show up how many times around your property and at what time.

The camera comes with

In addition, this camera can be a DIY computer vision camera kit.

The kit includes general IPC using hi3516D solution and pcDuino9s embedded AI edge computing module. The kit mainly uses the pcDuino9s embedded module to process the video stream acquired from hi3516D, and carries out a series of analysis and processing of the video stream. The kit builds a basic development environment for developers. It provides video frames obtained from hi3516D by pcDuino9, developers can freely develop on the raw frame, such as face detection, license plate detection, object detection and other AI  functions. At the same time, it provides an open API interface. Developers can return the information which were processed on pcDuino9 to hi3516D, and the detected image can be optimized select on hi3516D, and then output them via FTP.

Moreover, if RK3288 processing not enough, Movidius module can be added to the pcDuino9 to extend the processing power.

The development environment has been provided:

2. Return the information analyzed and processed by the developer to hi3516D

3. Select high quality pictures which has been analyzed on hi3516D and output them via FTP

2. Output of the analyzed pictures via FTP for other application requirements

How To Get Video Frames from Hi3516D?

Hi3516 transfers BT1120 data to pcDuino 9. pcDuino 9 converts BT1120 data into MIPI signal through LT8918, and then receives it. At present, it supports 640x480 60FPS frame data transmission. We encapsulate the protocol layer and make it similar to OpenCV style. While reading the frame data, we will return the frame number, which is transmitted by 3516 and is the synchronous frame number for data interaction.

How To Optimize Your Network and Run Object Detect

How To Communicate With IPC

We provide an open API interface. Developers can return the information which were processed on pcDuino9 to hi3516D, and the detected image can be optimized select on hi3516D, and then output them via FTP.

Please contact us to make your custom algorithm AI camera.