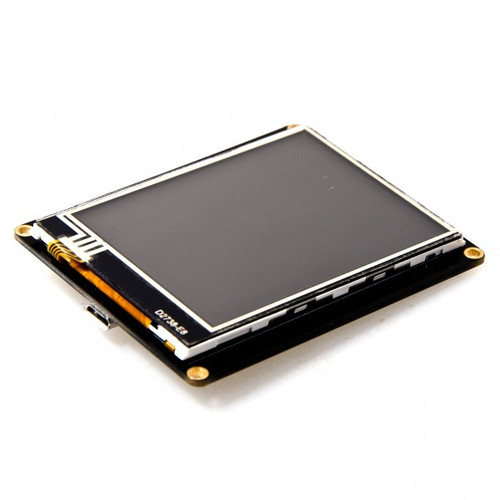 As computing terminal expanded gradually from the desktop to the portable handheld device, we have witnessed the rapid development of smart phones. The complex operating system also gradually get rid of the bloated body to be ported into MiniPC from PC including pcDuino and RaspberryPi. Those become compact and easy to carry embedded platform with majority has Ghz level of the CPU.
Like MiniPC, with a compact system but containing considerable computing resources, becomes the computing solutions the various enthusiasts and many open source hardware vendors have been dreaming of for some time. However, some interactions like debugging or displaying for MiniPC still need those bulky HDMI monitor or even TV.
In order to allow the device having same portability and saving power, this portable USB monitor with touch screen (RPUSBDisp) is proudly released. It is designed specifically for MiniPC with same size of business card, and just requires a USB cable to make it work without additional power supply.
Features
You could leverage it as a display to present most of embedded development board on the current market (such as RaspberryPi, pcDuino, etc.). Benefit from USB interface that provides opportunity for those devices that cannot connect with monitor for display in the past like Router. In addition, we support Arduino Yun and Intel Galileo Developer Edition!
With the drivers developed by RoboPeak, RPUSBDisp can be identified as a standard display and touch-screen device by target operating system, that means any existing graphical interface program can be displayed without any modification.
As an open source project, we provide its schematics, communication protocols, Linux kernel driver code and so on. That helps you create more creation easily based on this module.
Specification
Supported Hardware Platforms
It can support any computing devices having USB Host communication functionality to act as a standard display or touch screen devices. You only need to add the corresponding driver. For the majority of embedded devices installing Linux OS, we offer open source kernel driver.